**This blog was written before we received news that on Sunday, 9 May 2021, the Othawa male's carcass was found. It would appear that he was killed by the Gowrie males and perhaps even the Kambula pride.**

With winter looming it should come as no surprise that the topic of lion dynamics is taking centre stage. We have already seen early signs of territorial shifts / takeovers and on top of that we have been seeing A LOT of lions recently. 83 different individuals were viewed on the reserve in April! Six prides were seen: Kambula, Nkuhuma, Torchwood, Marthly, Fourways, Styx and Sand River. Five ‘coalitions’ were seen: Gowrie, Northern Avoca, Southern Avoca, Ndhzenga and the Torchwood male. We’ll briefly discuss some of them…

The Gowrie males vs the Northern Avoca males.

The Gowrie males are starting to feel the heat from all directions, barring the south. From the east, the two males who are dominant over the Fourways and Torchwood prides are likely the least concerning. The lone Othawa male appears to be applying some pressure in the west and has been seen mating with lionesses from the Kambula pride. Actually, as I write this a report has come in that the Othawa male has entered MalaMala near our airstrip and he’s aggressively displaying territorial behaviour! That being said, it is advances from the north which will be of the gravest concern to the Gowrie males. Not only have two of the Northern Avoca males been mating with lionesses from the Kambula pride but they have also been making significant inroads into Gowrie male territory, and they’re not being sneaky about it either. We’ve seen them roar and scent mark along the entire length of the Mlowathi River, all the way down to its confluence with the Sand River. Those readers who watch our MalaMala Safari Moments series on YouTube will know that we’ve already viewed one interaction between these two coalitions. The older of the two Northern Avoca males came across the younger of the two Gowrie males while the latter was attempting to mate with a Kambula lioness. The Northern Avoca male gave chase. What happened next can be interpreted in two ways… Either it was a straight up ‘run for the hills’ reaction from the Gowrie male or it was a tactical withdrawal into the core of his territory. The latter would allow him to enter terrain that is unfamiliar to his foe while increasing the chances of joining up with his brother while also decreasing the chances of the Northern Avoca male joining up with his. The challenger roared throughout the chase which reached an abrupt end in the form of many disgruntled elephants. The Gowrie male only started to roar once he reached the Sand River at Sand Pit Crossing. The Northern Avoca male returned the compliment and started making his way back north before he was sought out by the Kambula lioness who made rather persistent advances towards the male.

Now, like with most wars, these territorial takeovers rarely happen overnight. Rather, they consist of several skirmishes. It would appear that the Northern Avoca males currently have the upper hand. They have youth and ambition on their side (just shy of 8 years old) but the Gowrie males have more experience (roughly 10 years old) and they are bigger in size.

It is impossible to provide you with accurate understanding of the dynamics within this pride at the moment and trying to do so will probably prove futile as a big shake up is on the cards. Power struggles and takeovers between coalitions don’t bode well for the stability of the general population.

The pride has been fragmented for some time now and the lions seem to switch between the groups and these groups are often a mix of lionesses and both sub adult females as well as sub adult males. Typically, we would expect the young lionesses to remain with the pride but this is far from a being a foregone conclusion. Indeed, the six adult lionesses who form the core unit may even split. The fate of the young males is more certain though as they will surely follow the ‘young male lion blueprint’ and be pushed out of their fathers’ territory to start the nomadic phase of their lives. That is if they survive the potentially turbulent weeks ahead.

We mentioned earlier that these lionesses have been mating with the Gowrie males as well as the Northern Avoca males and the Othawa male. The theory here is that they are hedging their bets in that the eventual victors will assume paternity over any cubs born in the coming months even if they are not the biological fathers. The only catch is that the timeline has to match, that’s if a study done on rats is anything to by. Researchers determined that male rats know what their species’ gestation period is (21-24 days). The dominant male would know when he mated with the female and any young born within 21 days or after 24 days were presumed not to be his and terminated. If the same does apply to lions, and I believe it does, then this is not great news for the pride’s newest litter of five cubs (+- 7 weeks old) if the Northern Avoca males take over but, they could very well be safe if the Othawa male does. This is likely the reason why their mother broke with longstanding tradition and didn’t give birth along the Sand River, instead choosing a spot further west, in Londolozi, closer to the Othawa male’s territory and further from the Northern Avoca males’. The odds are heavily stacked against this litter being successfully raised but you never know! We are often proved wrong after trying to predict what’s going to happen next with lions! 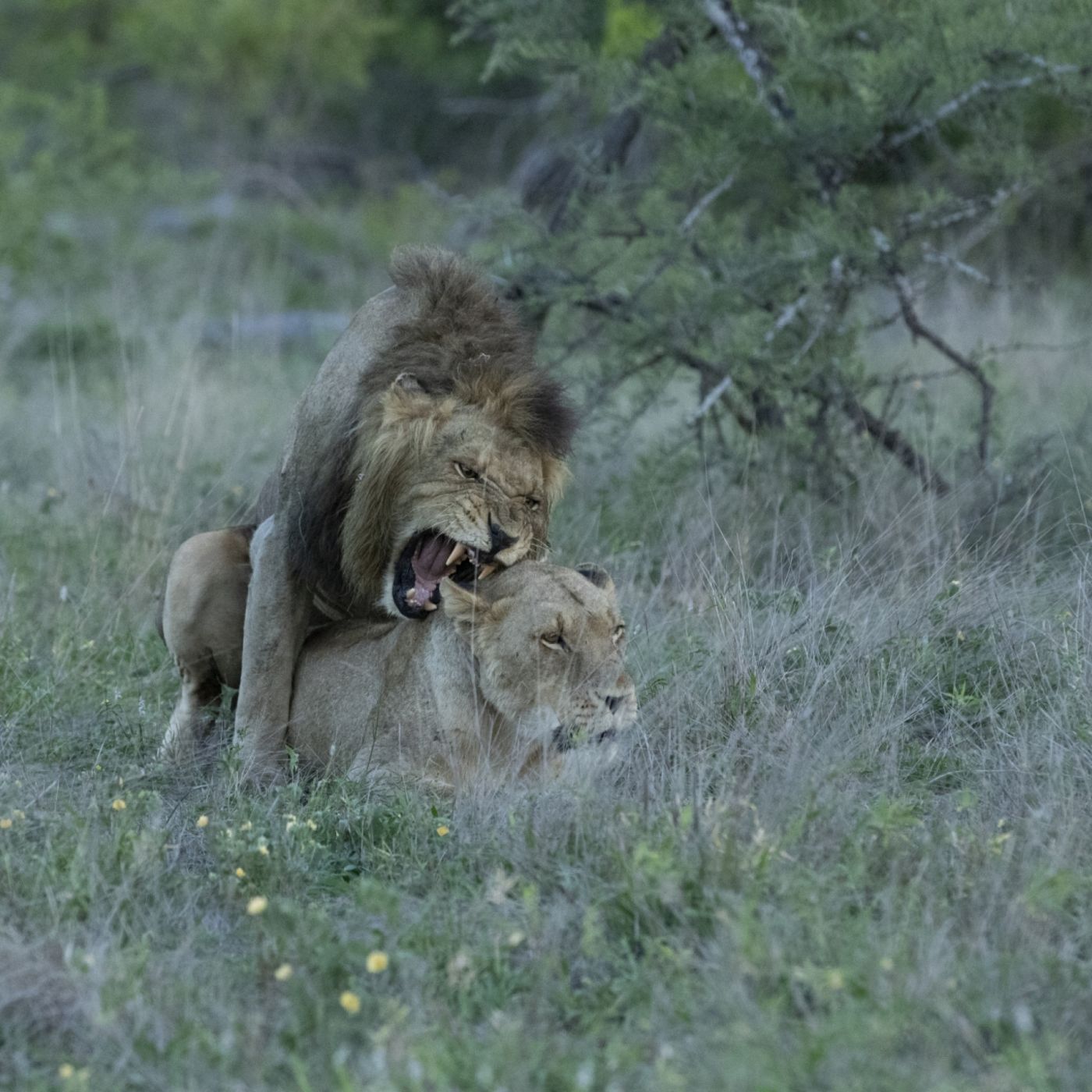 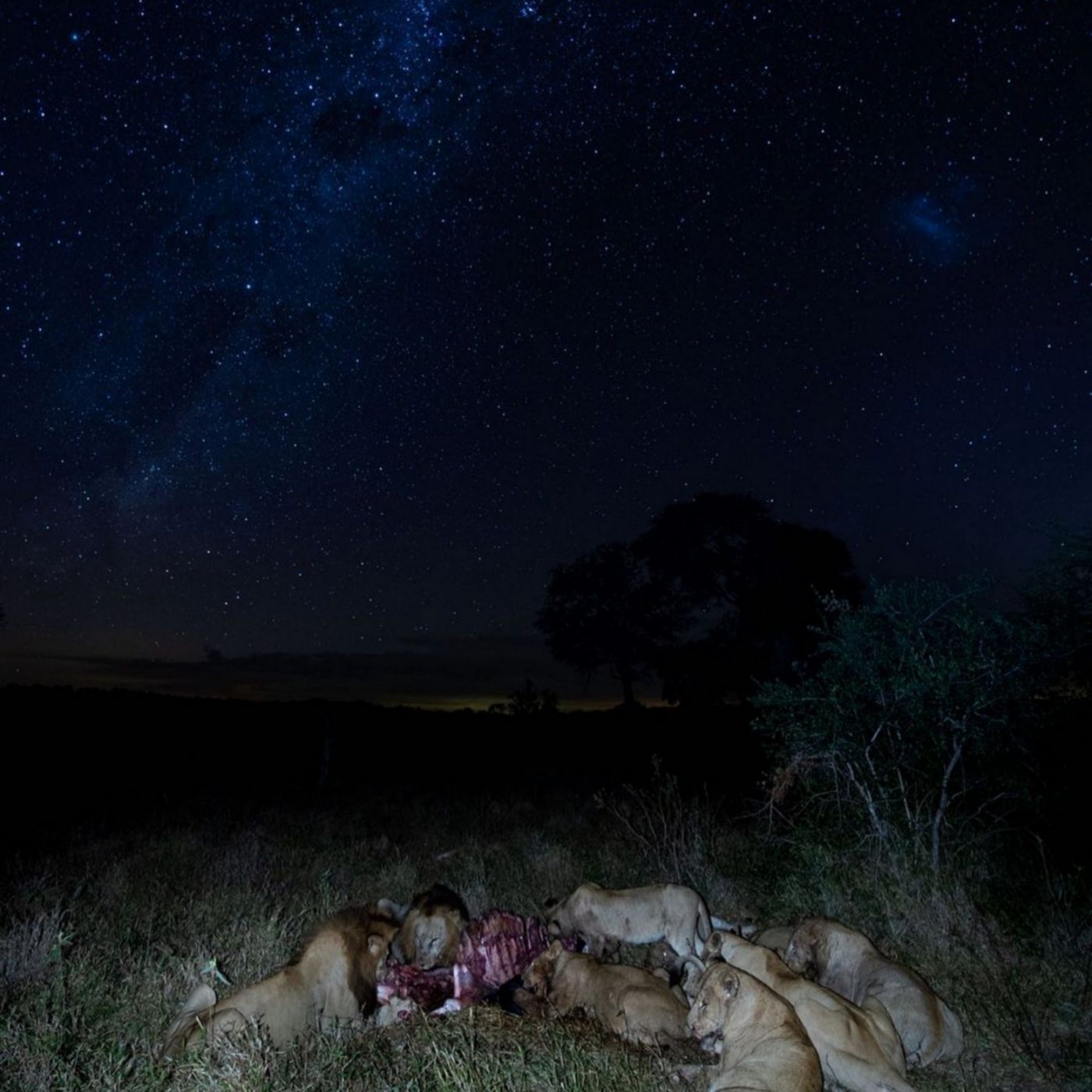 The Nkuhuma pride: It was over a year ago now that we started to enjoy regular sightings of the Nkuhuma pride. Before that it was only the southern tip of their territory that fell over the northernmost parts of the north-western corner of our reserve. They then took over the Styx pride’s land and roughly a third of their territory is now on MalaMala Game Reserve. They haven’t really pushed much further south since then, nor have they had reason to, but they continue to provide us with consistent sightings along the upper half of the Mlowathi River and west thereof. The most recent of which saw them bring down a buffalo bull near Mlowathi Dam at midday. With so many lions in the pride there was plenty of aggression and roaring as they fed on the kill.

One of the lionesses has given birth but we have yet to see the cubs.

The Northern Avoca males appear to be in complete control of their territory so the immediate future looks promising for this pride.

The Torchwood pride: We’ve struggled to get an accurate grasp of this pride’s composition. They killed two buffalo near Clarendon Open Area recently and nine lionesses along with five cubs were present, along with the two dominant males. When we next saw them near Matshapiri Dam only five of the lionesses were there but an additional four young cubs were with them. So, we believe the pride to be 18 strong. This excludes the three young lionesses who have broken away from the pride as well as their brother aka; the Torchwood male, who’s been spending a lot of time along the upper half of the Matshapiri River.

The Sand River pride and the Southern Avoca males: The demise of the Eyrefield pride has left this pride in complete control of Toulon as well as the southern and south-eastern parts of Charleston. One of the lionesses gave birth last month but the cubs haven’t been seen after the initial sighting and the lioness has been spending time with the Southern Avoca males. This leads us to believe that they didn’t make it.

The older of the two males has turned into a rather impressive specimen – he’s not the tallest lion by any means but he does have a very solid physique. This coalition’s biggest threat at the moment comes from their west in the form of the four Ndhzenga males.

The stage is set for an interesting, lion-filled winter!

For more regular updates tune into our MalaMala Safari Moments series on YouTube and keep an eye on our other social media platforms as well.

Until next time, stay safe and dream of Africa! 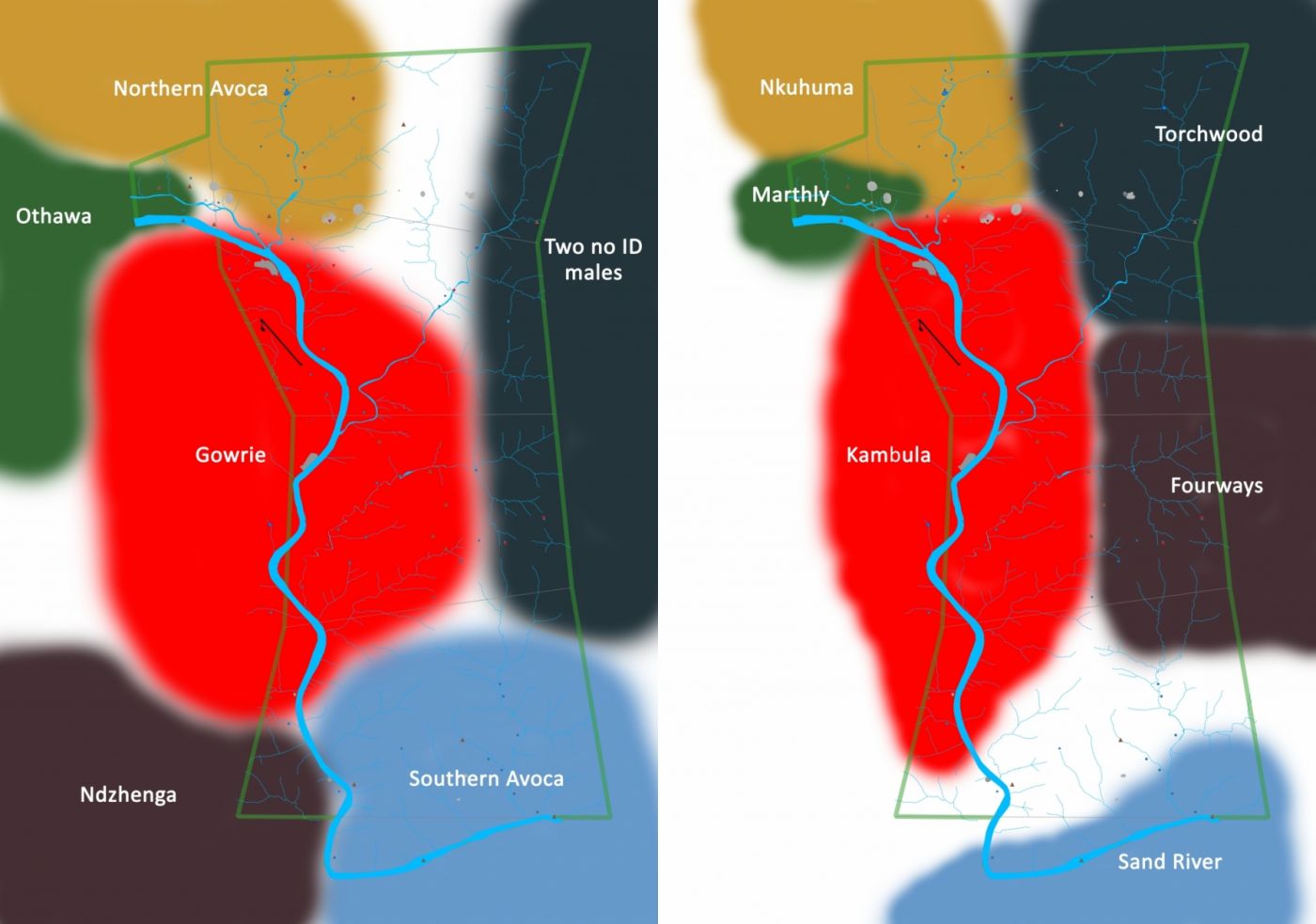 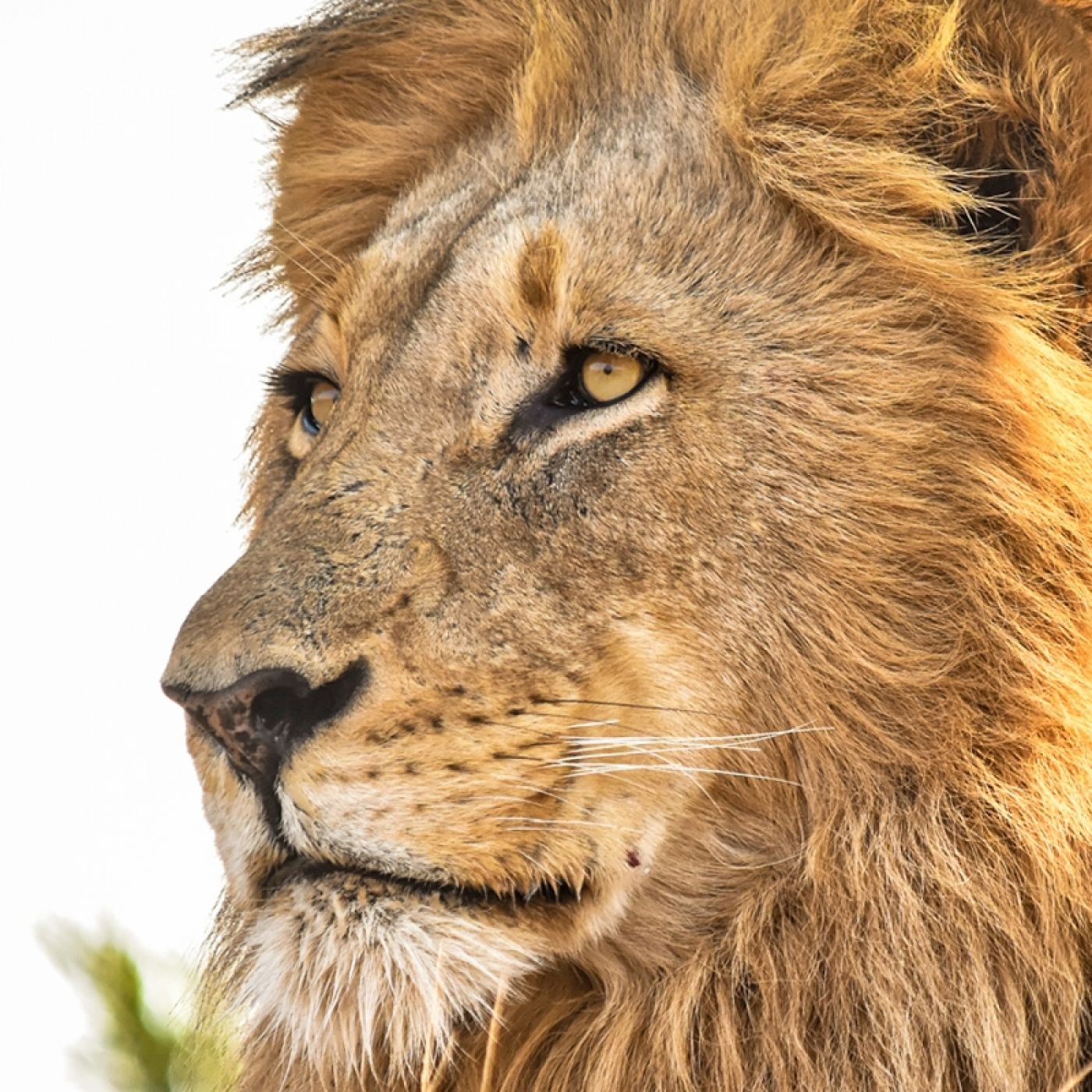 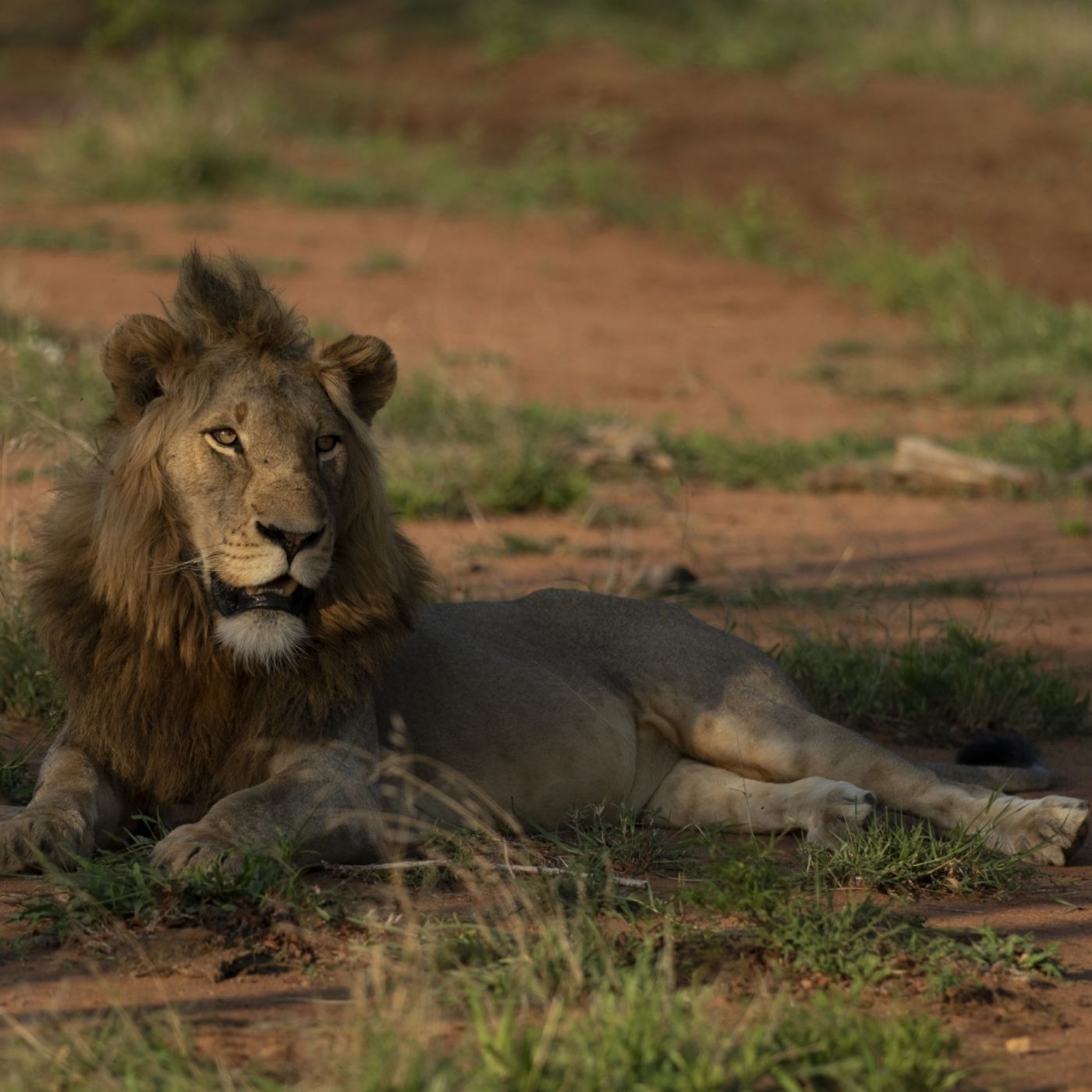