As the privileged inhabitants of MalaMala, we are fortunate enough to spend time with a plethora of wild species. Even as wild as the wildlife is, our species (yes, I’m talking about homosapiens) has the strange habit of ‘anthropomorphism’. Now, before your brain glitches at this sixteen-letter word, let me explain.

Anthropomorphism is a fancy word used to describe the practice of ascribing human characteristics to animal behaviour. I am willing to bet, now that you are acquainted with its meaning, you’ll realise that you are just as guilty of anthropomorphism as I am. Phrases like "The cubs are a little camera shy today", and, "Look how grumpy that male lion is", ease their way into colloquial discourse. But how accurate, and even valuable, are such sentiments?

It is human nature to want to understand creatures, after all, much of the thrill of the safari experience is found in observing and interpreting animal behaviour. By projecting complex human qualities such as personality traits, emotions, character virtues and flaws, we create a lens through which we are comfortable analysing animal behaviour. The problem is, when we do this, we become fond of animals, not because of what they are, but because of what they mirror of our own humanness. Now, it might sound as though I am anti-anthropomorphism, but as the main culprit, I must not be hypocritical.

It is widely accepted that the only way to preserve the natural world is to expose its infinite value and abounding wonder to all. The value of anthropomorphism is evident when one faces the brutal, and somewhat abominable, truth that a large percentage of our population has zero regard for the natural world. If anthropomorphism is the tool that turns an indifferent person into a passionate wildlife ambassador, then it most definitely has its place.

Unfortunately, irresponsible anthropomorphism often creates misleading familiarity, which in turn can (and has) lead to inappropriate and unsafe conduct around wild animals. For instance, when the piloerection of a leopard's fur for warmth is interpreted as looking ‘cute and cuddly', much of the accuracy of the biological process is marred. If it's a ‘cute and cuddly’ leopard, why shouldn't I reach down and stroke its tail as it walks by? In the same way, if an elephant with a prominent feature receives a name and is discussed as a character, why is it a problem if it comes over to the vehicle and sniffs our faces? I will tell you why, because even though we speak about them as if we know them, they do not know us. To wild animals, we are a separate and more threatening species, and when an animal feels threatened, it retaliates in self-defence. 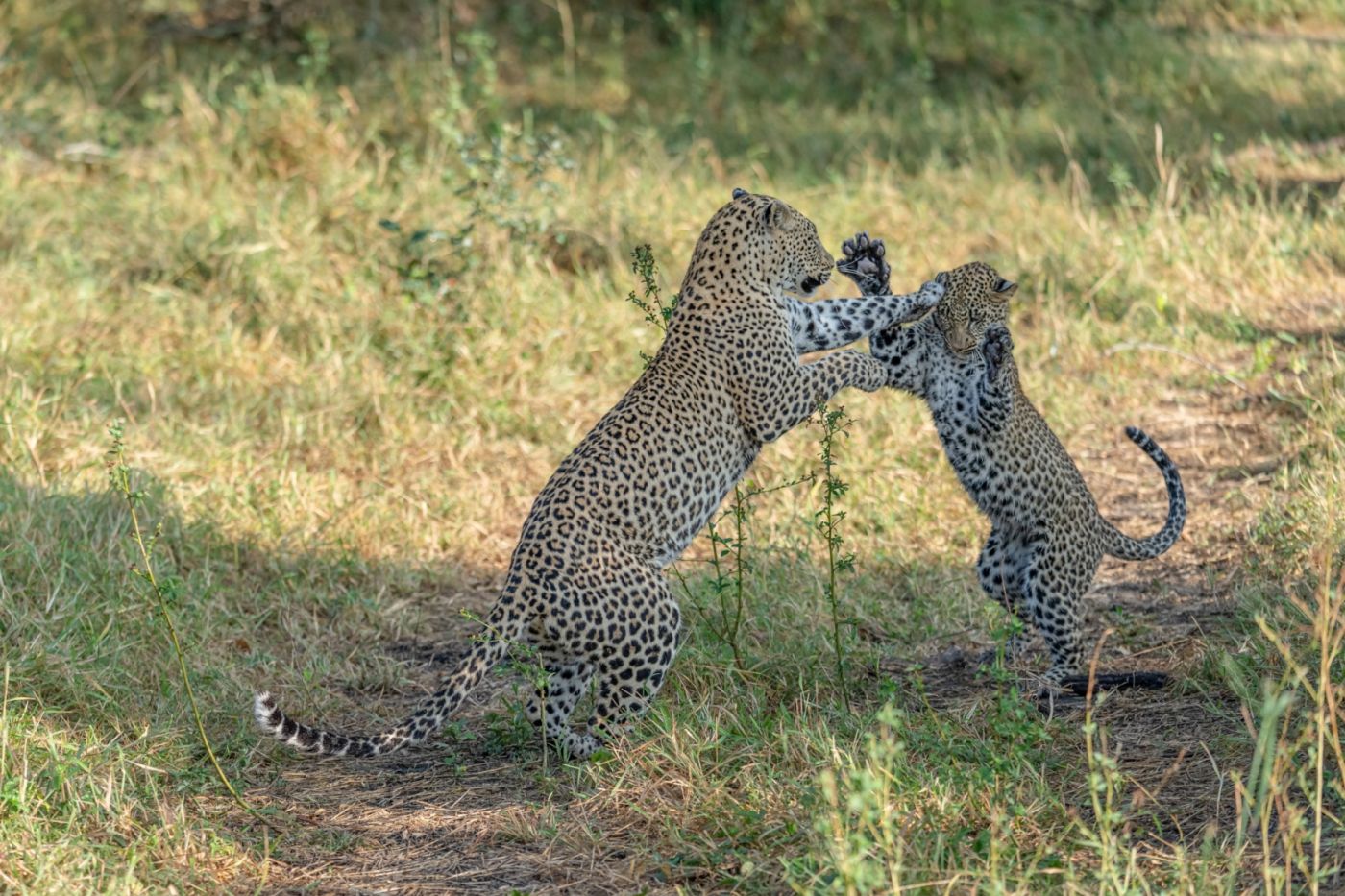 Photo by our guest, Gerald Hinde

In short, anthropomorphism is not a bad practice, but it is certainly one that must be exercised with responsibility and respect.

All that being said, we do name our lions and leopards. But at MalaMala, the names are certainly not born out of anthropomorphism.

The Emsagweni female leopard, the Gowrie male lions, the Fourways pride... Ever wondered why these names were chosen? We’ve actually been using the same protocol since 1964, when MalaMala became the first private game reserve to offer luxury photographic safaris. The ‘why’ is simple… It helps us keep track of them, especially with regard to lineage and our understanding of each individual. The ‘how’ is what we’ll focus on here. There is no right or wrong way of doing it but we prefer to reference areas as opposed to naming these predators after a perceived characteristic or trait. All our roads, rivers, koppies and other prominent geographic features have names, many of which have a story behind the name. Naming a lion or leopard after one of these helps us add to their story.

A leopard cub will spend, on average, the first 18 months of life with its mother. During this time we simply call them by their mother’s name: e.g. the cub of the Sibuye female. However, a leopardess may have up to three cubs per litter, in these cases we will use gender and ‘spot patterns’ to differentiate between litter-mates. ‘Spot patterns’ refers to the number of spots on either side of the animal’s nose.

At roughly 18 months of age leopards become independent. Their mothers will push them away and they’re left to fend for themselves. At this point we cease referring to them as a ‘cub’, replacing it instead with ‘son’ or ‘daughter’. Again, if there’s more than one son for example, then spot patterns are utilized: e.g. the son of the Emsagweni female ‘3:2’. During the independence phase young leopards have to keep a low profile. Daughters won’t stray far from their mother’s territory whereas males will move further afield. Their goal now is to survive, grow and hone their skills until such a time that they’re formidable enough to lay claim to a territory of their own. If the land upon which a young leopard has its sights is already occupied then conflict will ensue. If a show of force is not enough to persuade either the incumbent or the challenger to back down then an act of aggression will follow. It is also not uncommon for leopards to stray into vacant territory. Whatever the scenario, to officially claim a piece of land they have to announce it to the world and this is done by roaring and scent marking. The area in which we first see a leopard displaying this behaviour will determine his/her name. Take the Split Rock male for example, the first piece of real estate he proclaimed as his own was along the Split Rock Donga (donga refers to a steep sided gully/drainage system) named after a large rock within its banks that is split down the middle. Hence the name ‘Split Rock male’. 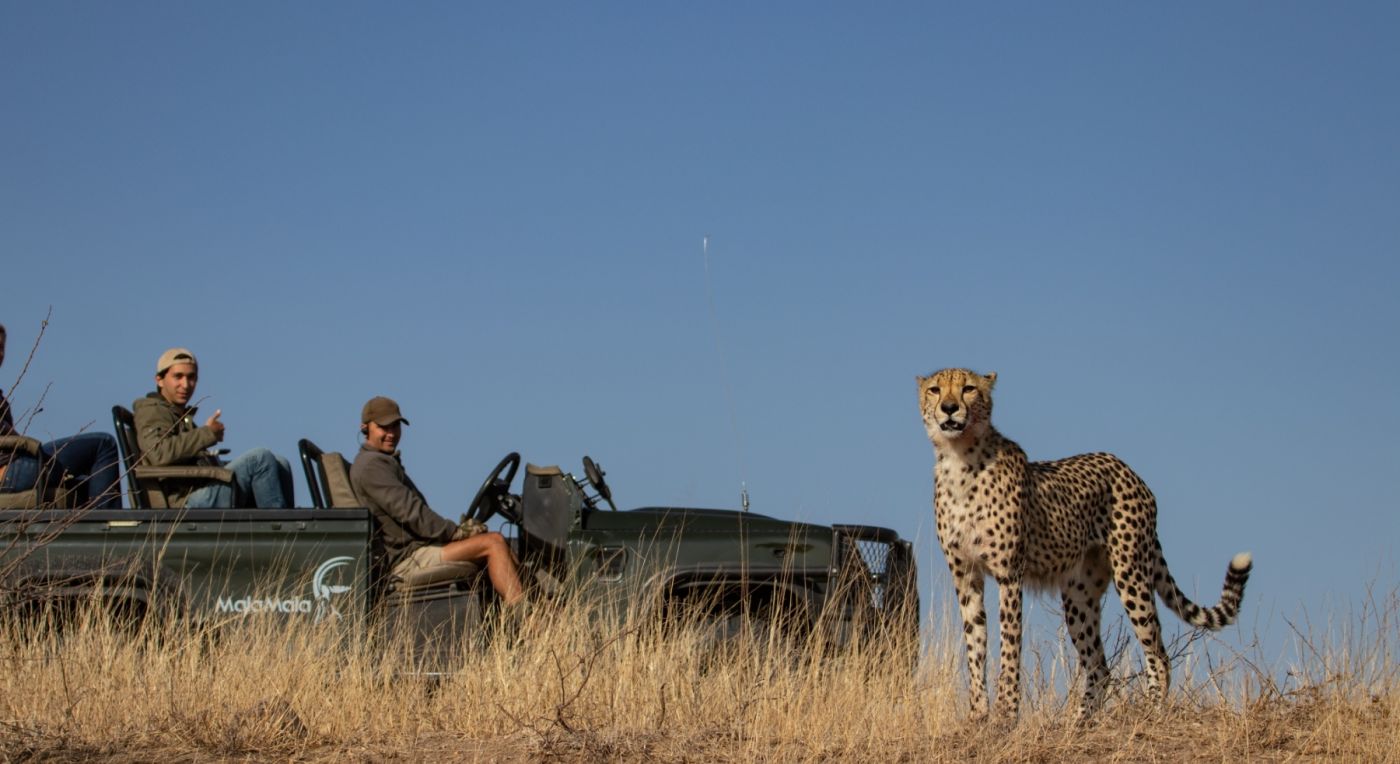 The process of naming lions is different only in that we don’t name individuals but the group as a whole but the name given still refers to an area. So, a lioness within the Kambula pride will be referred to as ‘a lioness from the Kambula pride’ and the same will apply for her cubs. When lions are in-between the ages of two and three ‘cub’ will be replaced by ‘sub adult’. After three they are considered sexually mature and we’ll then call them ‘young males/lionesses’. At this point young males, usually a coalition of brothers, will be ushered out as they enter the nomadic phase of their lives. Like leopards, they’ll have to bide their time until they’re strong enough to overthrow a dominant coalition and claim the territory and pride(s) that come with it. Again, like leopards, the coalition will be named after the area where we first see them becoming territorial: e.g. there is a large open area in our north eastern corner called ‘Clarendon Open Area’, named after the Earl of Clarendon after he hunted a lion there many moons ago. This is where we first saw a coalition of two male lions establish themselves thus, they were named the Clarendon males.

It’s also quite common for already dominant leopards, male lion coalitions and prides to move onto MalaMala as they seek to expand their existing territories. If they come from an area where they’ve already been named then we may adopt that name as long as it refers to a specific area and not a perceived characteristic or trait that has been imposed on them.

We’ll leave you with this... the next time you look at a lioness, bear in mind that she doesn’t know what her name is. She doesn’t even know that she’s a lion. She simply is. 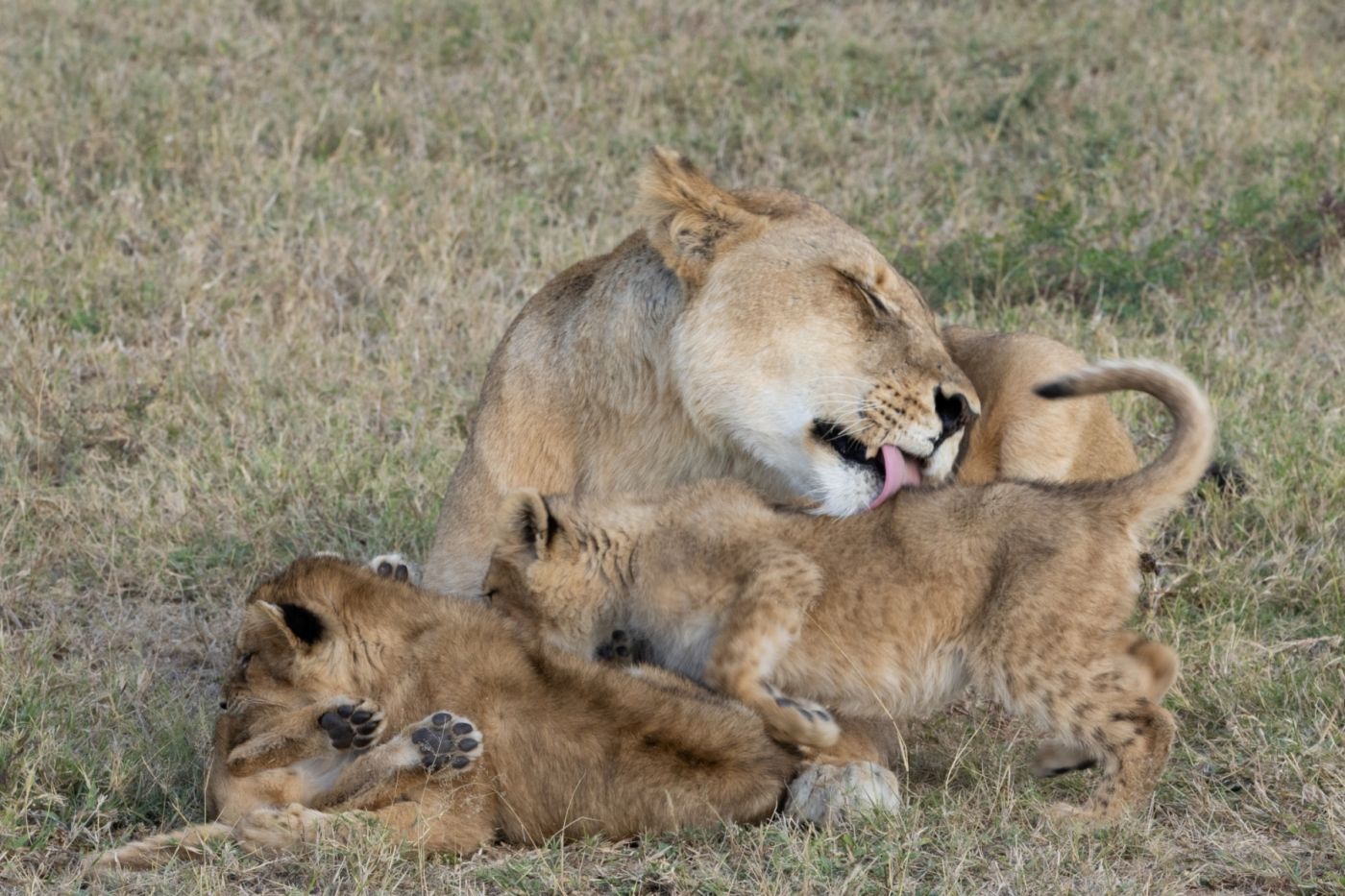