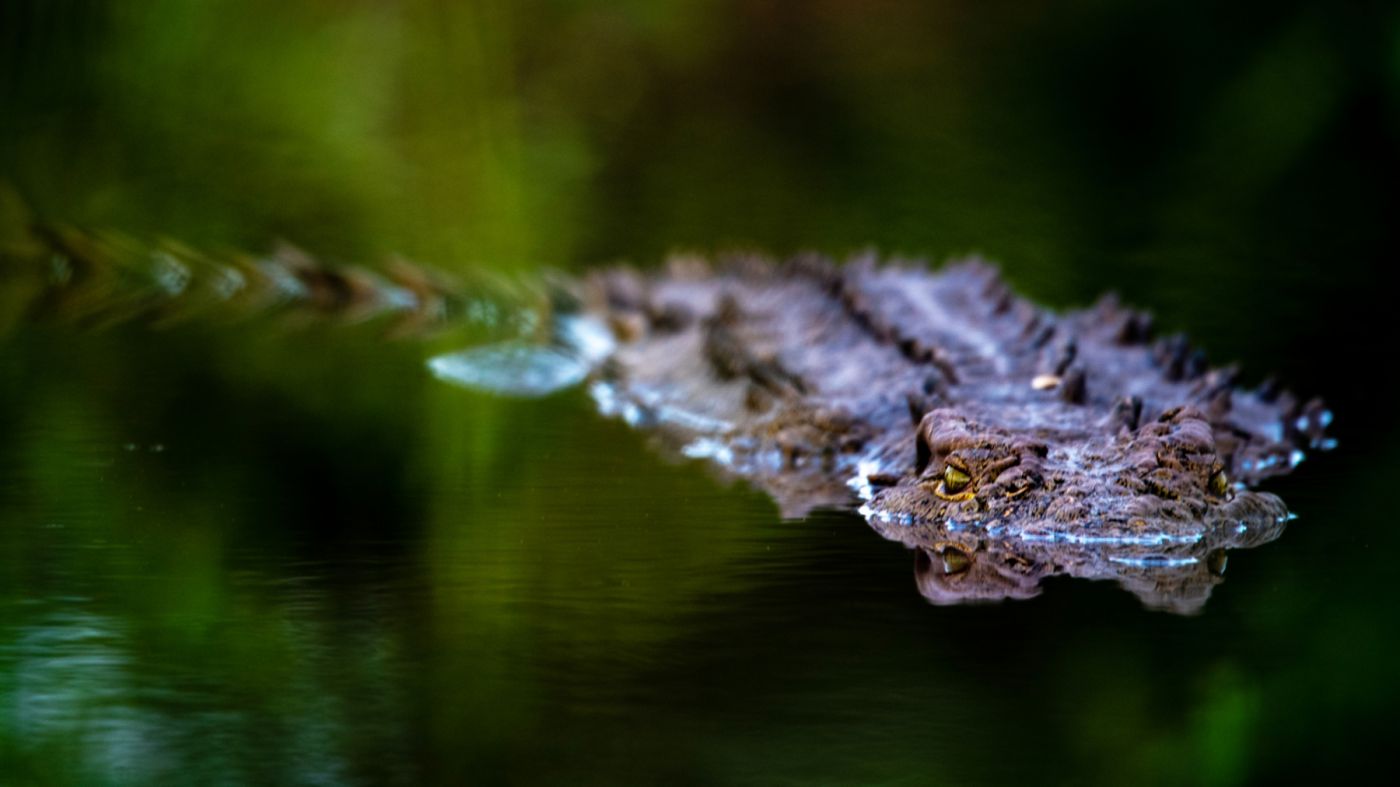 They been described by many as the perfect predator, remaining virtually unchanged for millions of years. Since the time of dinosaurs they have out-survived many other species in some of the toughest and most hostile environments on the African continent. They hold the title of being the second largest reptile on earth as well as being one of the longest living animals. Although these creatures have long been the subjects of certain horror/sci-fi movies and often feature in peoples nightmares around the world, they are not as scary as most may think. Nile crocodiles are, in truth, very interesting creatures. They are a highly specialized and evolved predator but they are also incredibly devoted and caring parents. 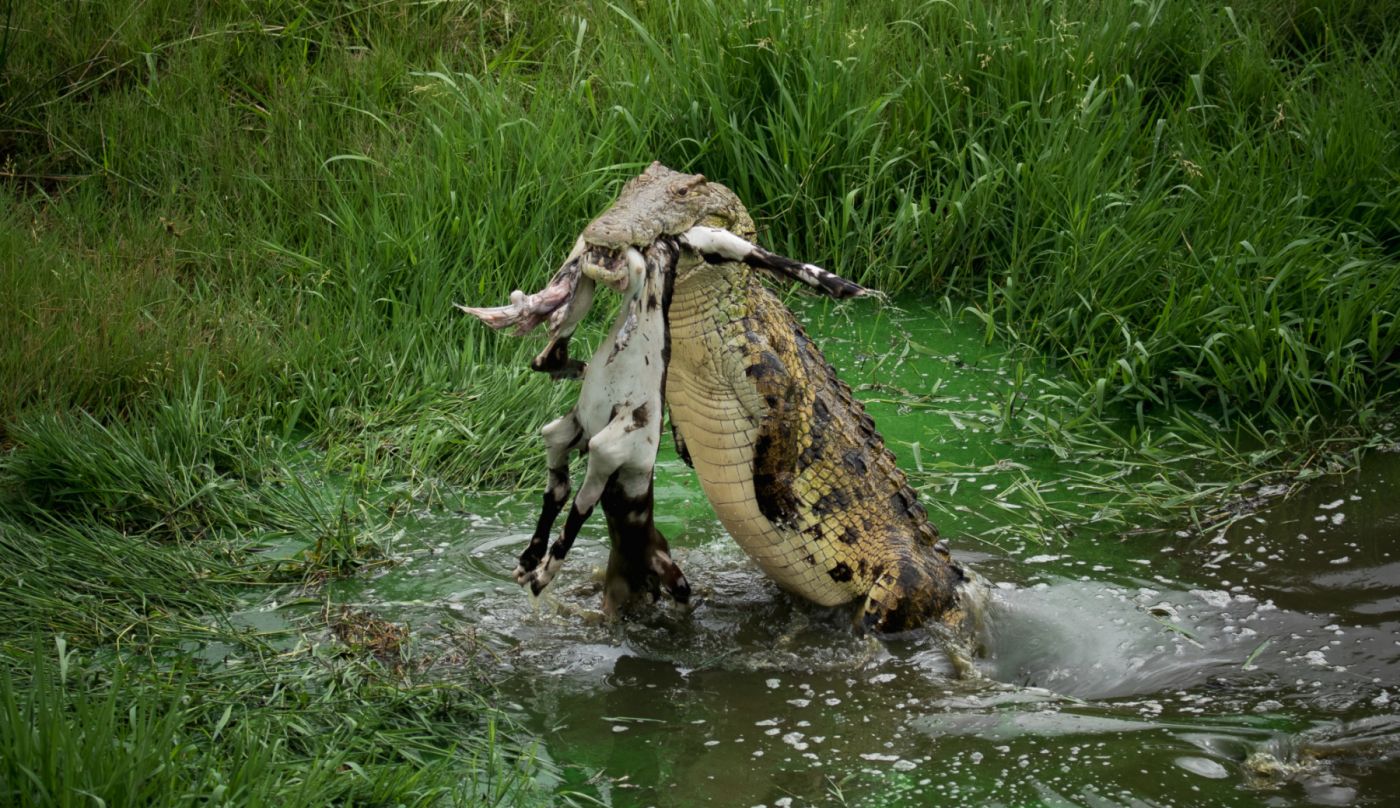 DIET AND FEEDING: Nile crocodiles have a very wide range of diet and have been recorded ... eating some bizarre and unexpected things. They consider almost anything that moves as potential prey and although juveniles are generally restricted to eating small aquatic invertebrates and insects, they grow quickly and soon move onto larger vertebrate prey such as fish, birds, amphibians and reptiles. Adults can take down a wide variety of larger vertebrates including monkeys and baboons, antelopes, small buffalo, wildebeest and even in some extreme cases, large cats – a large male lion was killed by a crocodile on MalaMala a few years ago! Fish, birds and other reptiles often form the bulk of their diet but they have earned a sinister reputation as being man eaters. Indeed, they are the only predator out here that sees the human form as a meal (all the others see as us a threat). This species has probably killed more humans than all the other crocodilian species combined. Along with hippos and lions, Nile crocodiles account for perhaps a few hundred human deaths and disappearances each year in Africa, although exact figures or numbers are very difficult to verify. They will often scavenge from carcasses killed by other predators or animals which have died naturally. Groups of crocodiles will move onto land and scavenge from kills made several hundred meters away from the water. They have even be seen feeding alongside other predators, who all seem to tolerate each other’s presence when the carcass is large enough. Several dead prey animals have been found wedged under submerged branches, trees and stones leading to theories that crocodiles will store unwanted prey underwater until they are ready to eat them. Some claim that it is necessary for the prey to decompose before the crocodiles are able to tear off portions of flesh but this is unlikely to be true as crocodiles will certainly avoid eating rotten meat. Keeping a carcass in the water would definitely help the flesh to soften and make it easier to eat but crocodiles will always prefer fresh meat. When feeding on larger prey, a number of crocodiles will hold onto a carcass with their powerful jaws, while others spin and twist their bodies in the infamous ‘death roll’. The extra anchorage allows the crocodiles to tear off large chunks of meat which are then easier to swallow. Other cooperative feeding behaviour has been observed in many other species, such as the action of multiple animals to cordon off an area of water to concentrate the fish within. Adults have also been observed fishing by using their bodies and tails to corral the fish towards the bank where they are concentrated and trapped. The fish are then simply picked up with a quick, sideways snatch of the head and jaws. 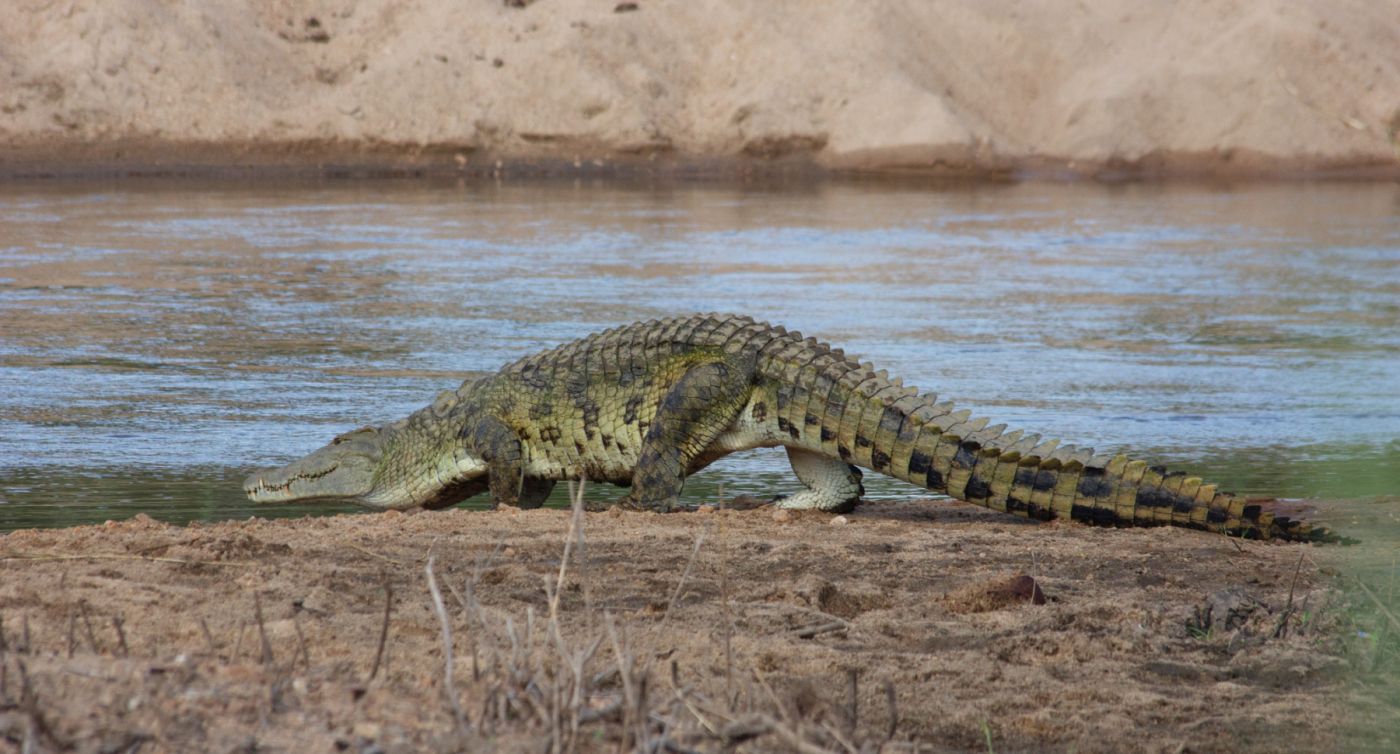 BREEDING: Female Nile crocodiles will dig a nest hole in sandy banks up to 50 centimeters deep, usually several meters away from the water’s edge. These may often be in close proximity to other crocodile nests. Timing of breeding behaviour varies with geographic location, normally taking place in the dry season in the northern parts of their range, while in the southern areas, like MalaMala, it will generally start in the beginning of the rainy season. This is usually during the months of November and December. Females generally reach sexual maturity at around 2.6 meters in length, while males are mature typically around 3.1 meters. The females will lay between 40 and 60 eggs (approximately the size of an orange) in the nest and will then cover them in sand and vegetation to help facilitate incubation. The female will remain near the nest at all times to protect the eggs from marauding egg thieves such as mongooses and monitor lizards. Despite the vigilance of the female during the incubation period, a large percentage of nests are raided by the aforementioned creatures as well as jackals, hyenas and even humans. This predation usually occurs when the mother crocodile is forced to leave the nest temporarily to thermoregulate by cooling off in the water. Incubation periods can vary quite a bit based on external ambient temperatures but it usually takes 80-90 days before the eggs start to hatch. Once hatching begins, the baby crocodiles emit fairly loud and distinctive contact calls to alert the mother. She then digs up the nest and, carefully and delicately, picks up the young crocodiles with her jaws and carries them to the safety of the water. Both males and females have been reported to assist the hatching process by gently cracking open eggs between their tongues and upper palate. It will often take several trips for the female to carry all of her young to the water. Hatchlings remain close the female for up to two years after hatching and will often form a crèche with other females and youngsters. As with most crocodile species, juveniles will often stay away from older, more territorial animals for their own safety as crocodiles do indulge in cannibalism.

DISTRIBUTION: The Nile crocodile has a fairly wide distribution throughout Africa, however available habitat causes it to be mainly restricted to areas where larger bodies of permanent water are found in the form of lakes and rivers. Countries include South Africa, Botswana, Egypt, Ethiopia, Ivory coast, Kenya, Tanzania, Mozambique, Uganda, Namibia, Somalia, Swaziland, Zambia, Zimbabwe and even Madagascar.