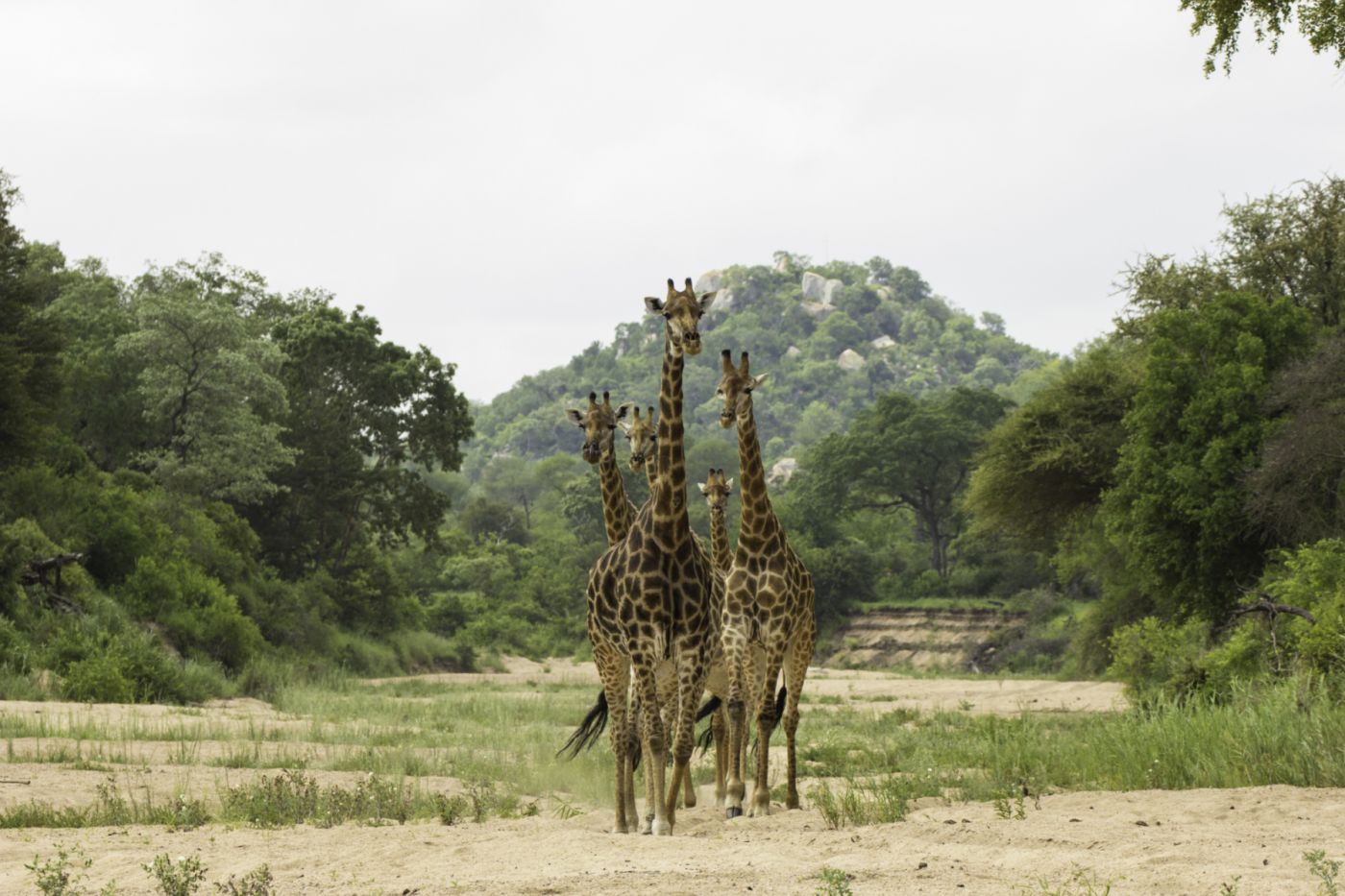 The giraffe, an animal so unique to Africa, is silently going extinct. Many of us have been blissfully unaware of the dire predicament in which these ungainly beasts find themselves.
Often, when we ask our guests which animals they’re most hoping to see, we hear the usual ‘Big Five’ (lion, leopard, rhino, elephant and Cape buffalo) and then, almost always, this is followed by the giraffe. Indeed, a recent study in the adjoining Kruger National Park found that the giraffe is the species most photographed in the park by visitors! Interestingly, all of the ‘Big Five’ can be seen in other parts of the world, like India for example. However, you cannot see a giraffe in the wild anywhere else except for in Africa. The giraffidae family includes two major groups: the ‘okapi’ in Uganda and the Democratic Republic of Congo, and the ‘giraffe’ in parts of West-Africa, the Horn of Africa and Southern Africa. The latter is then divided into smaller, regional groups.

So, why is the giraffe going extinct?

In 2016 the International Union for the Conservation of Nature (IUCN) re-evaluated the status of giraffes and it quickly became evident that the species had a staggering decline in the past 40 years, from roughly 350000 to just 97500 individuals in one-half of the human lifetime. The IUCN re-categorised the giraffe from ‘least concern’ to ‘vulnerable’. Suddenly we were bombarded by articles all over the news and social media of the “silent extinction” and many of us began to wonder what this meant for the species’ future.

There are a number of factors that have led to the rapid decline in giraffe numbers, with the major ones being a loss of habitat and poaching. Also, as humanity grows and our settlements sprawl across the earth, the giraffes have less space to roam, most are now isolated to protected parks. Giraffes have a beautiful coat, stunningly long eyelashes and a long swishy tail; these are reasons behind the human desire for giraffe skins in their homes or body parts for traditional medicine. Another factor that we have come to notice whilst working in South Africa's protected parks and reserves is that giraffes have a tough time raising their young to adulthood. They have a rather long gestation period of 15 months and then nurse their young for another 6-12 months, thus the reproductive rate is relatively slow for the species. We then often see animals such as hyenas and lions predating upon newborn and young giraffes which in turn slows their reproductive rate even further.

There isn’t too much that we can do to stop hyenas and lions from hunting giraffes as that's nature's way but we certainly can stop the human-threat. Through education in our local communities and anti-poaching we can bring to an end the slaughter of our incredible wildlife. Perhaps more importantly is the need to curb the spread of humanity whilst also increasing the area in which the world’s tallest animal roams. This ‘increase’ may be accomplished by connecting existing reserves and parks with wildlife corridors. It’s a tall order… but we can do it!

So, the next time you see a giraffe whilst out on safari, remember that the giraffe is facing a race against extinction and that by visiting game reserves and national parks, you are helping to ensure that there is a future for this majestic species.